Lingua Franca: You can travel the world even in you only speak English 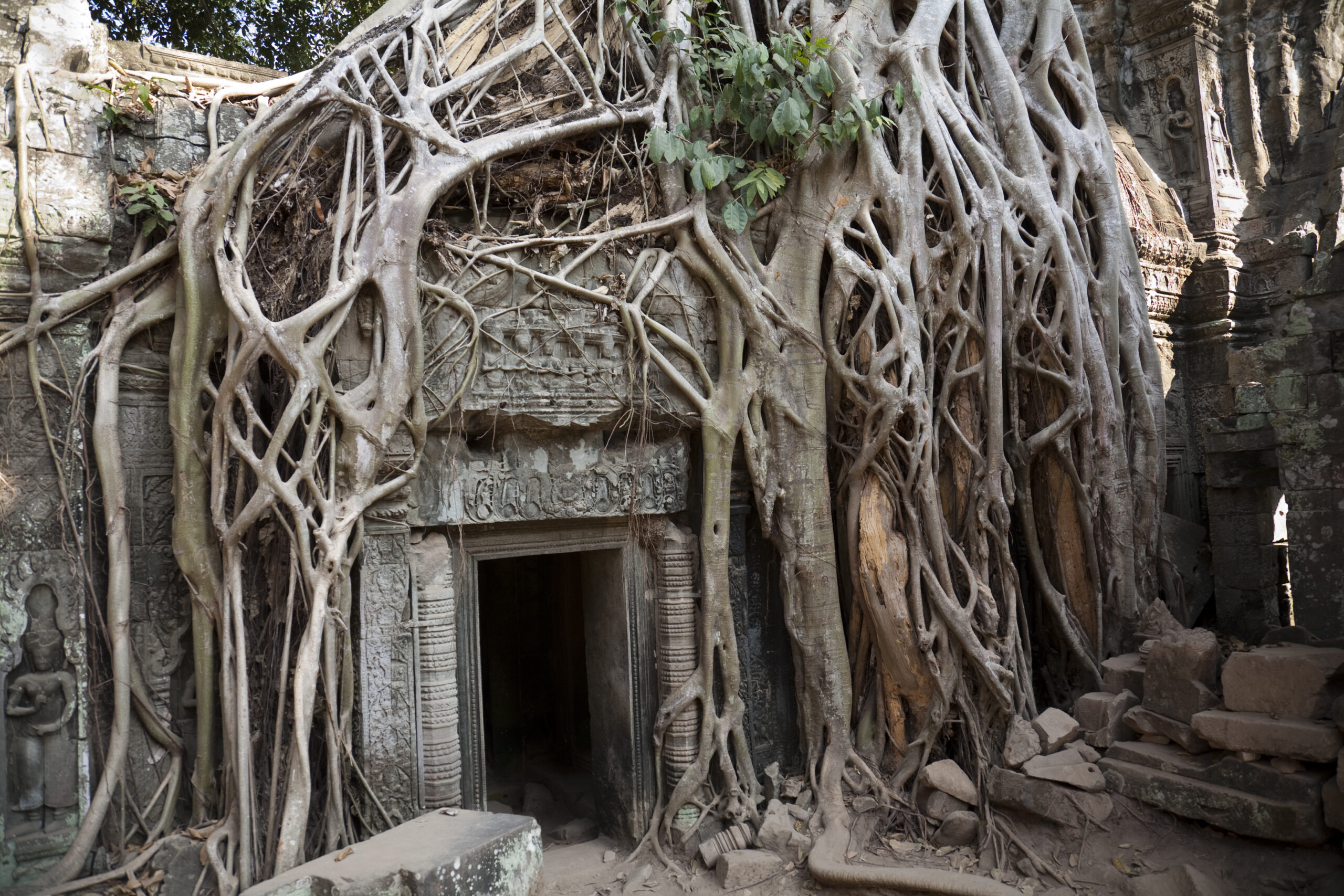 You want to travel the world, but you are an American and only speak English. How will you get around? Will you be able to communicate? No worries. Although people around the world speak approximately 6,500 different languages, more than half the world’s population speaks just twenty-three of these languages. Again, no worries, you don’t need to become fluent in these twenty-three languages in order to travel the world. In much of the world, people are multi-lingual, and English is the most common second language. If you are fluent in only one language, as I am, you are lucky if that language is English.

English is the lingua franca of Asia. More than 1.3 billion Chinese speak Mandarin or Cantonese, but English, not Chinese, is the lingua franca for tourism in Asia. I appreciated this in 1999 when I traveled alone from Western China to Cambodia to visit the Angkor Archeological Park.

My travel started with a flight from Kunming, China, to Bangkok, Thailand. About mid-way through the flight, the flight attendants handed out Thai immigration forms. The form was printed in Thai script, an alphabet with 44 basic consonants, each with an inherent vowel, and 15 vowel symbols, none bearing any apparent relation to the Latin alphabet. I, however, had no problem completing the immigration form because it was also printed in the lingua franca of Asia—English. None of the Chinese passengers seated near me was as lucky. They could not read Thai or English, neither of which resembles Chinese characters.

The Chinese passenger seated in the middle seat next to me, who had tried very hard to ignore me up to this point in the flight, hesitantly slid his passport and immigration form onto my tray table. At first, I was not sure what he wanted. I do not read Chinese. But then I opened his passport and saw that the information was printed in Chinese and English. His name was written in Pinyin (the phonetic system for transcribing Chinese characters into the Latin alphabet). I quickly filled out his immigration form, except for the space for his address in Thailand. The man noticed the blank and pulled out his itinerary, which had the name of his hotel in Chinese and English. After I’d completed the entire form, the Chinese man thanked me and began speaking loudly and rapidly in Mandarin. All I could understand was the repetition of the word “laowai,” which I knew was a polite word for foreigner.

Once this passenger crossed the rigid Chinese etiquette line and successfully asked the laowai for help, an actual line formed quickly. Each passenger who wanted help handed me their passport in a formal manner, holding it level, gripped with both hands between their pointers and thumbs. I tried to remember to return the passport in the same manner. I completed as many forms as possible before the flight attendant announced that we were landing in Bangkok.

The next day, I flew from Bangkok to Siem Reap, Cambodia. Siem Reap’s airport is close to the Angkor Archeological Park, the site of Angkor Wat, Ta Prohm, Bayon Temple, and other spectacular ancient temples from the Khmer Empire from the 9th to 15th century. Flying from Bangkok non-stop to Siem Reap was a new route, only recently opened by the Cambodian government. The last remnants of the Khmer Rouge, the former ruling party of Cambodia, did not surrender until December 1998, after totalitarian dictator Pol Pot died. The surrender of these last active Khmer Rouge guerrillas ended a 30-year civil war and genocide that resulted in the death of between 1.5 and 3 million people, nearly a quarter of all Cambodians. When I traveled to Siem Reap months later in the fall of 1999, land mines still posed a very real threat to Cambodians and were a concern to tourists. Travel by land was dangerous, potentially deadly due to the number of unexploded ordinance. Travel by air was safer, but new. I was one of just 84,000 foreign visitors to arrive by air that year. Twenty years later, the Siem Reap International Airport received 4,480,000 passengers.

My flight from Bangkok to Siem Reap was on a relatively small jet. Most passengers seated near me were Japanese tourists. Shortly after takeoff, the flight attendants moved through the aisle to distribute Cambodian immigration forms. The forms were in Khmer, the official language of Cambodia. Khmer letters are unrecognizable to someone who reads Latin text or Chinese or Japanese characters (which are similar). Worst still, in Khmer text, there are no spaces between words. Spaces are placed only at the end of a clause or sentence. Yet, I could complete the immigration form because the backside was printed in English. The Japanese tourists who could not read or write Khmer or English were stumped. I offered to assist the Japanese couple seated next to me. I assumed that their Japanese passports would be printed in Japanese and English, and they were. Once more, a line formed of people seeking my monolingual assistance.

Of course, travelers now have technology unavailable in 1999. The easiest—if you have internet access and are not in China—is Google Translate. (China blocks Google and all of its products, including Google Translate.) Using the OCR function on Google Translate, travelers can take a screenshot of the text, and the immigration form, directions, or menu are instantly (and reasonably accurately) translated.

Because so many people speak English as a second language, the translation involved is sometimes English-to-English, not a foreign language to English. Living in China, I became proficient in simultaneous English-to-English translation. When a Chinese desk clerk and Italian tourist could not understand each other’s English—preventing me from checking into my room—I interceded (or interrupted, depending on your perspective). I slowly repeated the Chinese desk clerk’s Chinese-accented English with my American accent and then slowly repeated the tourist’s Italian-accented English reply with my American accent. Success. The Italian woman checked in, and I could then do the same.

Rather than providing English-to-English translation, Americans may need English-to-English translation in the UK, Ireland, and Australia. Traveling in Ireland, I often thought someone was speaking to me in Irish, only to realize at the end of a ten-minute explanation that he was speaking English, just with an accent I could not comprehend. In the UK, rhyming slang flew past me—apples and pears (stairs), bees and honey (money), crowded space (suitcase). Huh? And in Australia, when the slang exceeded 30 percent of the words, I struggled to keep up and lost the meaning. I knew I liked avo (avocado) toast for brekky (breakfast), and I needed my sunnies (sunglasses), but I could not keep up with all of the slang words. I often needed English-to-English translation to make sure I distinguished between pissed (drunk), pissed off (annoyed), and piss up (a party).

More stories of English-to-English translation and navigating the world as a monolingual traveler are in my travel book, Jalan-Jalan: A Journey of Wanderlust and Motherhood, available wherever books are sold online and through the links on this website.

For information on the Angkor Archaeological Park, the following sites are a good start:

For a luxury hotel experience that did not exist when I visited, check out the Amansara (Jake and I stayed and enjoyed many Aman resorts while living in Indonesia).