Jalan-Jalan: A Journey of Wanderlust and Motherhood 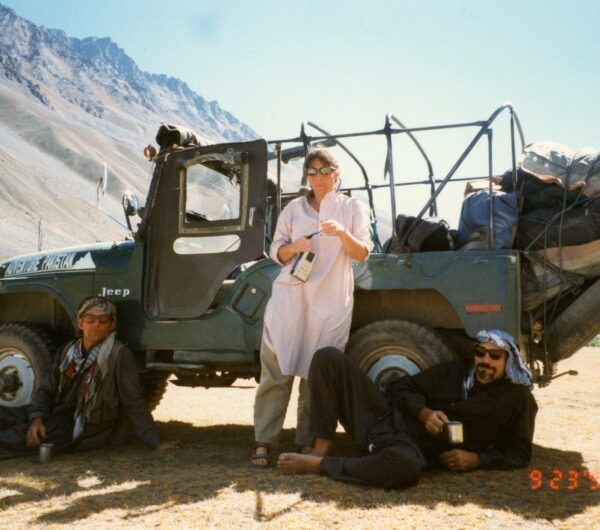 Chapter One: “Allah Hoo, Allah Hoo”—Traveling Through Purdah in Pakistan

The chapter begins with me trapped under a capsized raft, hurtling through Class V rapids, struggling to breathe, and fighting for my life. This scene is just one perilous moment in a chapter full of danger as I travel by jeep and white-water raft through Pakistan, a country dominated by men and guns, including the AK-47 wielding guard who protected me from potential kidnappers at the Khyber Pass. But, despite the action sequences and macho settings, this chapter is about women: adventuresome American women who hiked and rafted through Muslim Pakistan dressed in men’s shalwar kameez and the Pakistani women I was fortunate enough to meet.

What was I doing under a capsized raft in Pakistan? Why would I travel anywhere that required protection from a bodyguard armed with an AK-47? The kernel of the answer lies in my experience as a teenager climbing 14,410-foot Mount Rainier during a summer spent camping, hiking, and climbing across the West. Mental toughness—and the help of a strong guide—got me to the summit of Mount Rainier and instilled in me the unjustified confidence needed to embark on a lifetime of exploits that should have been beyond my physical abilities. 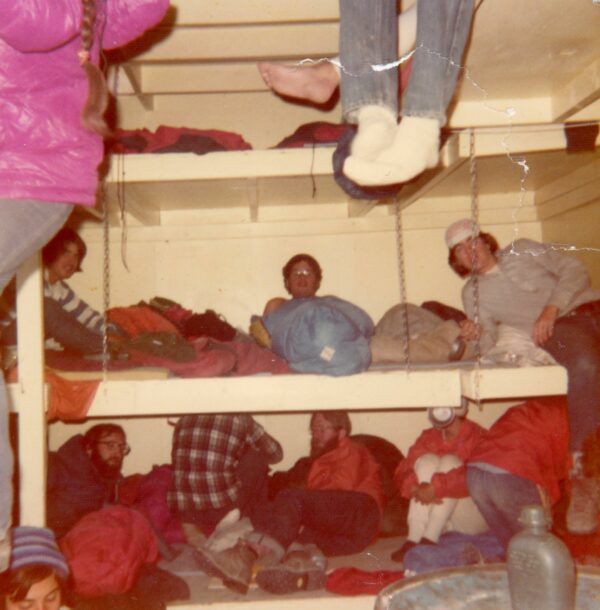 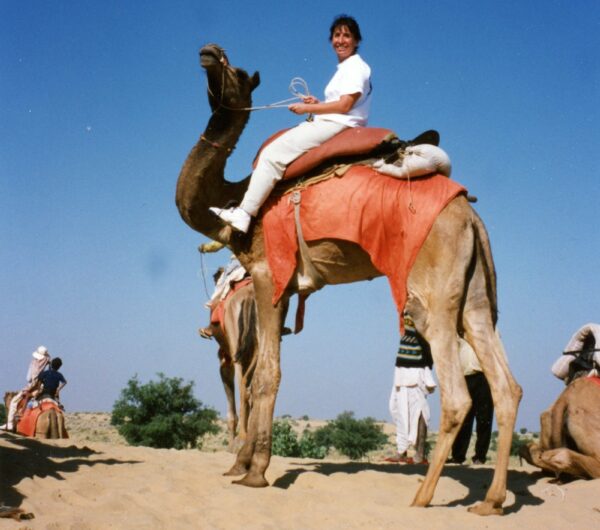 Travel in India posed a different type of adventure and challenge—logistical rather than physical, although just as life-threatening and mind-opening. Seeing the wonders of India (the Taj Mahal, the Jaisalmer Fort, the Pushkar Fair, and the Thar Desert) meant learning to cope with “Indefinitely Delayed” flights, decrepit taxis, and the blaring horns encouraged by the most ubiquitous phrase in India painted across the back of every truck—Horn OK Please. I knew I had acculturated sufficiently to enjoy traveling in India when I took and kept an airplane seat with nothing more than an indifferent shrug for a boarding pass. I could manage travel in India. I could now travel anywhere.

Chapter Four: To Go or Not to Go?—Travel in Burma, or Is It Myanmar?

Go. Don’t go. I didn’t know. Chapter four addresses the political and ethical question of whether to travel to Burma in 1998. Aung San Suu Kyi—the famed Nobel laureate and icon of democracy (not yet an apologist for the military government’s genocidal campaign against the Rohingya Muslim minority)—vociferously opposed foreign tourism. I decided to go anyway, to see and learn about the country and its people. Accompanied by government-mandated guides/spies, I traveled through the Mergui Archipelago and mainland Burma, learning about life under the SLORC (the military junta that refused to accept the May 1990 election results in which Suu Kyi’s NLD opposition party had won a landslide victory). Ignoring Suu Kyi’s plea not to travel to Burma in 1998 allowed me to witness the country under military rule and gave me the history and perspective I needed to understand the more recent coup of 2021. 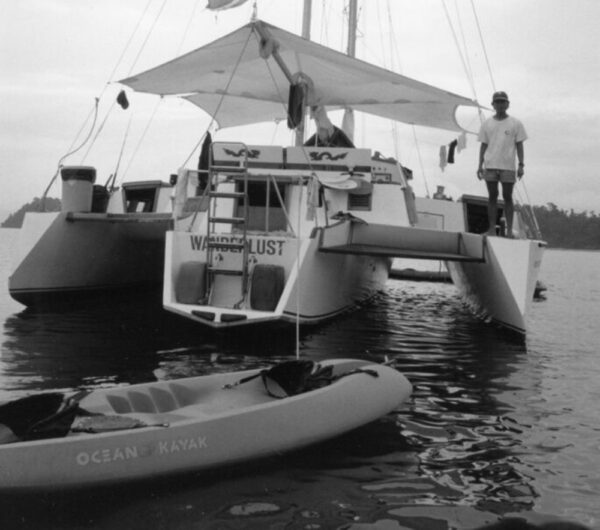 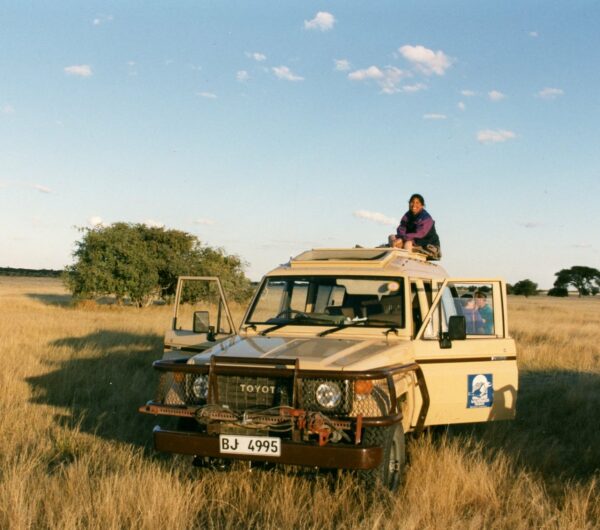 I was not afraid of the mighty Zambezi River, aka the “Slambezi.” I was afraid of the inexperienced and blissfully unaware (for the moment) tourists who would be paddling in my raft through some of the biggest commercially runnable rapids in the world—nineteen rapids over seventeen miles of the Zambezi River starting just below Victoria Falls. Within the first few minutes of a long day on the river, half the paddlers in my raft toppled into the water and were quickly scooped up by safety kayaks. After each of the big rapids, more paddlers were in the river than in their rafts. Despite the many capsizes and ridiculously high number of tourists flying out of the rafts, it was the most thrilling day I have ever spent on the water.

This chapter is about risk. I agreed to join an exploratory kayaking trip to untouristed areas along the Tufi coast and in the Trobriand Islands of Papua New Guinea. Then, on September 11, 2001, the world changed, as did our risk assessments. I felt safer in crime-ridden Papua New Guinea than in my office high in the Sears Tower (as the Wall Street Journal noted when it quoted me in a story on adventure travel after 9/11). So I went.

On this exploratory trip, dim dims (white people) paddling kayaks up to a village was still a welcome surprise, not a biweekly event. The resulting interactions with the local people were amazing, until they become overwhelming. Needing a break, we paddled to the solitude of a deserted island only to be stranded by a deflated kayak and rescued by the people we had fled. 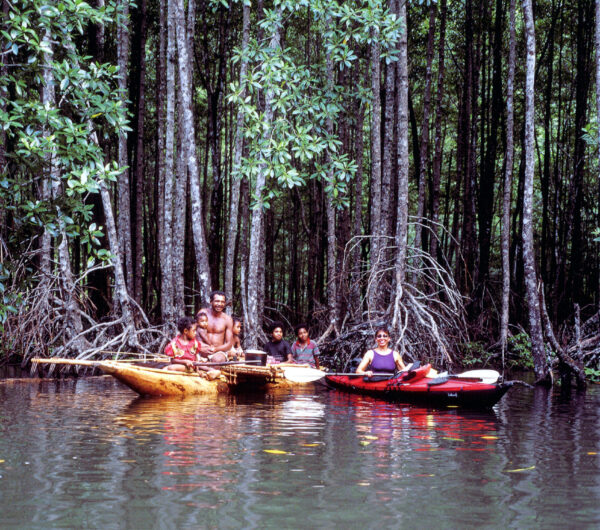 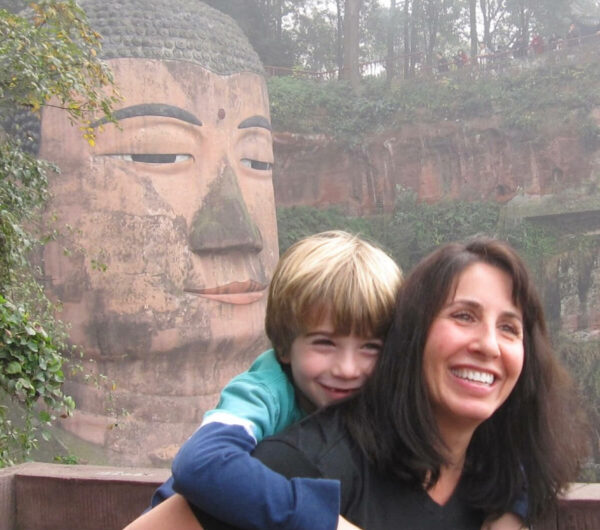 Chapters Seven- Eight: Texarkana to Shanghai, and China with A Towheaded Six-Year-Old—Travel Sabbatical and Transformed

By the winter of 2011, when Jake was in kindergarten, I had worked at the same law firm for twenty-three years, advancing from associate to equity partner. But the firm had changed, and my priorities had changed. My life needed a change, too. Thanks to the history department at Fudan University in Shanghai (which admitted me to a non-degree graduate program), we obtained the visas and residency permits we needed for my plan to work. In August 2011, Jake and I moved to Shanghai.

With his blond hair, blue eyes, and long dark eyelashes, six-year-old Jake attracted too much attention. Everywhere we went in China (outside the expat bubble we lived in at the Shanghai Racquet Club), people stared at Jake and took his picture. Eventually, Jake adapted, we both did. After six months in China, we returned to Chicago to the same house, job, and school, but we were different people.

In March 2014, Jake and I traveled to Bali on a reconnaissance trip to check out Green School, the eco-focused international school Jake might attend, and Ubud, where I thought we might live if we moved to Bali. In August, we moved to Ubud. At least three times a day, Jake cried, “I hate it here!” He had good reason as in the first few weeks he was poked in the eye by a burning incense stick, confronted a two-meter cobra on the stairs to his bedroom and was stung by a scorpion while showering. But things improved, helped by our staff of nine and the mystical powers of Bali.

Our third Nyepi (the Balinese New Year) in Bali coincided with a total solar eclipse. The power of Bali and the power of the eclipse brought together our travels, our experiences in foreign countries with foreign cultures, and our friends around the world. It pulled together what we had learned and how much we had changed and grown. On that Day of Silence, reflecting on all Jake and I had done together, I knew that through our travels and our openness to change, we had become better people. That Nyepi, we thrived. 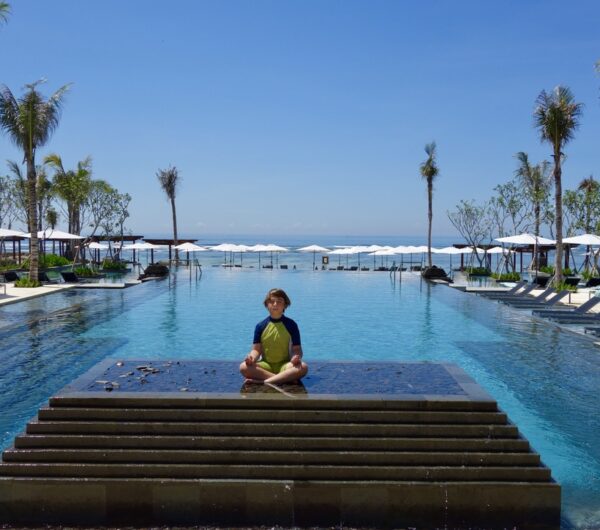